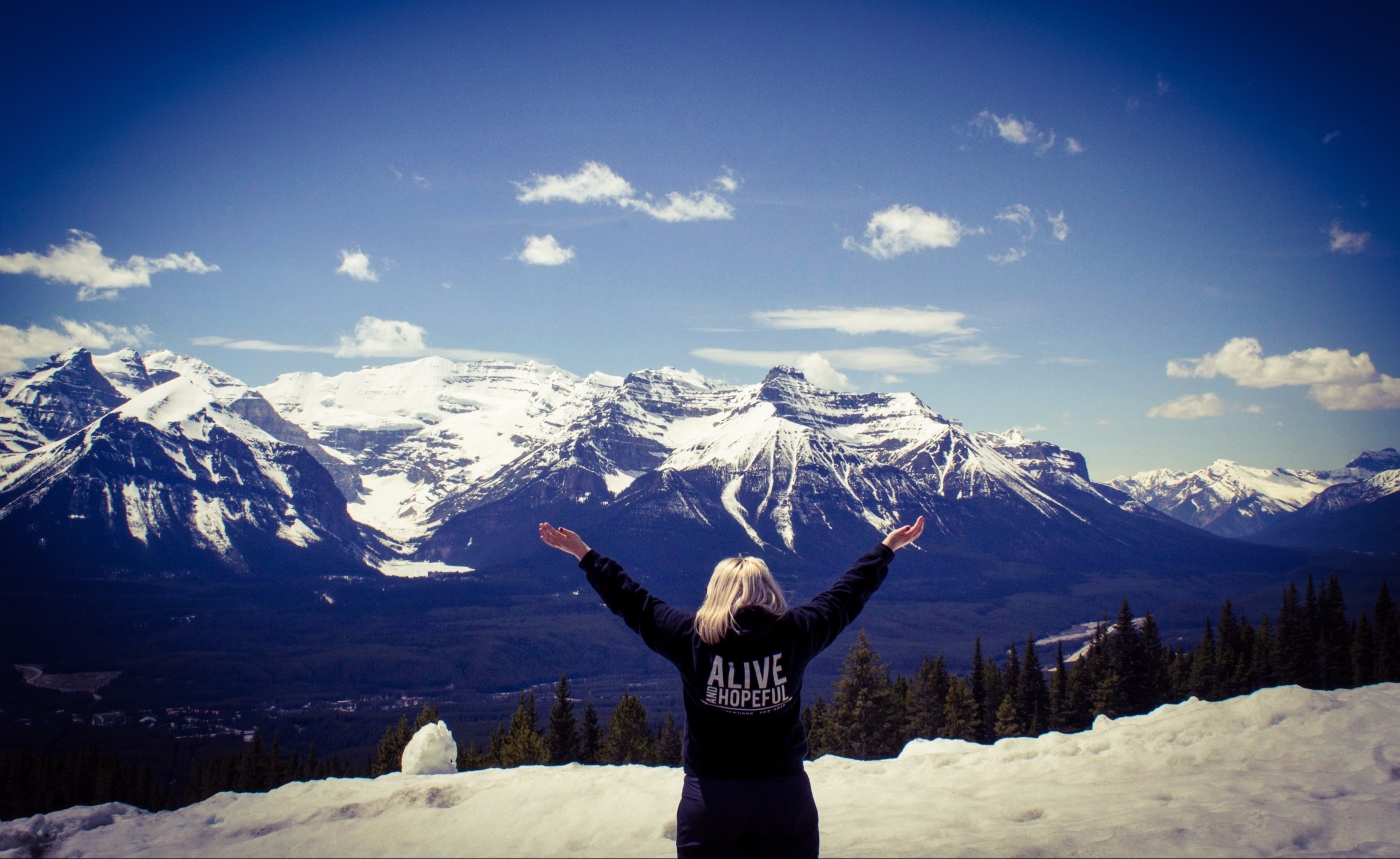 In 2012 I did a bible study called “Experiencing God.” I began praying for God to reveal himself and his will to me and it changed my life. About a month into the study I began having seizures. I was then diagnosed with depression and obsessive-compulsive disorder, which I had for many years prior. My depression got worse and I started contemplating suicide constantly, then I started to give in every time there was an opportunity to act on the suicidal thoughts.

I was on the church prayer list for over three years. I’ve had people all over the world praying for me.

->People prayed that I would draw nearer to God

->People prayed that I would feel loved and supported

-> But, most importantly, people prayed for my safety

God answered every one of our prayers! Gods will for my life was not for it to end during any of the times I tried to take life into my own hands.

My memories from my time in the hospital are very broken up and foggy. However, I do remember enough to have witnessed unexplainable miracles in my very own life.

There were times where I walked along train tracks for hours and hours, just waiting for a train to come end it all. In those lonely hours very few trains actually came. When a train did come, I was sitting or laying on the tracks…and the next thing I knew I was in the ditch.

I don’t even try to wrap my mind around that one. It was just God.

I wasn’t fully aware of what was going on around me so when the train tracks crossed streets I walked straight out into traffic. There were some busy streets, but I was never hit. God was protecting me.

Another time, I overdosed. The amount of medication I took should have damaged my liver…but the test results came back completely normal.

I was told that my depression was “treatment resistant,” and our last resort treatment was electroconvulsive therapy. That ended up being exactly what my body needed to reset and begin healing through a specific type of counselling that targets OCD. The therapy is expensive and at first I needed to go every week! But God is so good. He met that need right away with financial support from family, friends, the church, and even some anonymous donations.

Healing didn’t come the way I prayed for and the way I wanted. I wanted complete healing, right away, with no work on my part.

If he had answered prayer the way I wanted:

->There wouldn’t have been time for all the changes to take place in my heart.

->I would have missed out on time with family, discovering my love for writing, and learning how to be a true friend from my own friends.

-> And I wouldn’t have learned how to depend on God, and fully trust him.

Sometimes God answers prayer and fills a need I didn’t even realize I had. My family and I decided I

needed a psychiatric service dog. We looked at some local dogs, but they just didn’t “feel right.” We decided on a chocolate brown Australian labradoodle from BC. She was a huge help in just her first year and a half with me.

We started to notice an odd behavior where she would climb up onto my shoulders. It took a while for us to catch on to her cleverness…but this was her way of letting me know 10 minutes before I had a seizure.

Dogs cannot be taught to sense when a seizure is coming. They either sense it- or they don’t- and you can’t know if the dog will reliably alert until the dog is older. I have had Zoe for 3 and ½ years and she has become my seizure alert dog!

I didn’t know I needed a seizure alert dog or think one was a possibility for me, but she has given me much more independence, prevented many injuries, and even saved my life.

Raising enough money for a service dog was an answer to prayer but God went beyond that when he gave me Zoe. Its as if God was chuckling and said, “Yeah, sure I’ll do that… BUT LOOK AT WHAT ELSE I CAN DO!”

It’s a beautiful reminder of how God is in control of all things seen and unseen, and he is capable of so much more than our small minds can even imagine!

This past May, four years later, I just started taking online courses through Heritage Bible College! I was probably more excited to start school than some people are to graduate.

Those are just a few of the amazing ways God has kept me safe and answered prayer. Not only am I still alive today…but I am ALIVE AND WELL!!

I have been out of the psychiatric hospital for 2 years and 2 weeks. My physical health is still a struggle and I will likely struggle with minor flares of depression here and there for the rest of my life.

But my OCD is almost manageable, most of the time my depression is nearly non-existent, and I’m easing myself back into a new normal life. I have been blessed with this life and this trial. When I look back, I see a lot of painful moments that God brought me through and used for my good.

One thought on “Once Were Dim Prayers”